Does it ever feel like those people that can truly attain a minimalism lifestyle either have a ton of money or no kids? Why do the pictures of minimalist homes seem so sparse and not lived in by any actual human beings?

I have always been drawn to the idea of minimalism, but unfortunately for me, I have neither tons of money nor no kids. Our home is actually lived in and sometimes it looks like a Category 5 hurricane just went through my living room.

We’ve all done it. We say we’re going to finally start organizing our stuff and so the first thing we do is run out and buy a bunch of cute boxes and baskets and bins. Now we’re sure to be organized because we own the right products.

In fact, if you’re anything like me, you’ve probably done this so many times that this time when you start organizing you can probably just look around and use what you have.

At the end of the day, getting organized and embracing a more minimalist lifestyle means paring down your possessions. And my favorite way to do that is to use the simple 3 box method. You get three boxes from the garage or basement and label them: keep, donate, trash. If you’re going through your office you can do this for papers and simply use file, recycle, shred.

As you’re going through your kid’s toys you might want to use: keep, store, donate. I like to store some toys in the back of the closet in a box and then rotate them out every now and then. Seriously these kids get so many toys between Christmases and birthdays that they’ll never play with them all. But they’re still good toys. And it’s always fun to pull something new out and watch them rediscover it with delight.

The three box method allows you to start decluttering without spending a penny.

Beware of giving away too many things you might need

The biggest tenet of living a minimalist lifestyle is that you don’t need a lot of stuff. But the fact of the matter is that you do need certain things. And depending on the life you’re living, you need different things than anyone else. So don’t compare your list of possessions to anyone else’s because you’re living your own life.

If I was trying to stick to a strict number of possessions in an attempt to become a “true minimalist,” then I would need to get rid of these items. But then I wouldn’t want to go camping and so we would end up at a hotel instead.

And not only is that not as fun for our boys but it’s more expensive. So, our camping gear stays. It’s all together and nicely organized and so I feel that it fits with our version of a minimalist lifestyle.

As you go through your own home, you will find your own version of our camping gear. It might be that your family loves music and so you have tons of musical instruments and speakers. This is okay. Don’t get rid of too many things in an attempt to attain some magical number that makes you a minimalist.

And if you’re not sure that you’re done having kids, by all means, keep those large purchases tucked safely away in your attic or garage just in case. Nobody wants to run out and spend a couple of hundred dollars to replace a Pack-N-Play you just sold on Facebook Marketplace for forty bucks.

You don’t need to hire a professional

If you’re completely overwhelmed by the clutter in your home, it can be tempting to hire a professional. But at the end of the day what you’re really looking for is a little help from someone who isn’t emotionally attached to your stuff. So, if this is you, ask a close friend to come over for a glass of wine and to give you their honest opinion. I like to do this after I’ve already gone through my closet and gotten rid of the easy decisions. But now I need help with some of the harder things. We’ll pour some vino, I’ll try some things on and she can give me her honest opinion of whether or not I’ll ever want to wear it again.

As you work through your decluttering and organizational aspirations, remember that things didn’t get this out of hand overnight. It happened slowly over time. And more and more items kept coming in the house without you releasing some older items at the same time.

It will take time to work through all your stuff and decide if it stays or goes. And that’s okay. Rome wasn’t built in a day and neither does your minimalist home need to be.

The biggest problem with jumping into minimalism too quickly and too radically is that it doesn’t give you time to process the emotions and address the underlying problems. At the end of the day, we need to admit to ourselves that there was a reason we spent so much time and money acquiring our stuff in the first place.

Did you use to spend dozens of fun-filled weekends browsing flea markets with your mom as a child? Now as an adult you continue that tradition even though you don’t really need or want the stuff. If you simply donate all the stuff you haven’t tackled the true issue of missing your mom.

Do you run away from broken relationships in your home and escape to the mall for some retail therapy? Then no amount of decluttering and minimalism will fix those relationships.

You need to take the time and work through the emotions that led to the clutter. Or else you run the risk of returning to your old habits. And you’ll simply replace that clutter with new stuff over time.

And paying a professional to clear out your stuff won’t solve the problem. It doesn’t matter if you have 100 items or 100,000, your relationships still need time and attention to keep them solid and healthy. So, don’t make the mistake of spending hundreds of dollars on organizing only to find that the problems are still there. Or worse, that you ended up buying even more things afterward because you didn’t focus on the underlying issues.

As you can see, when you’re reaching for that unattainable minimalism lifestyle, sometimes what we’re actually reaching for doesn’t have to cost a thing. Sometimes what you really want out of life is peace and calm around your home. And this won’t come from getting rid of your super comfortable overstuffed couch in favor of more modern armchairs.

So, take the time to address the underlying issues that got you where you are in the first place. Did you spend too much on toys to make up for your own childhood longings? Is your closet overfilled due to too much retail therapy on Saturday mornings?

Stop beating yourself up over anything that has happened in the past. You can’t change that. But you can start spending your Saturday mornings with a hot cup of coffee and your journal instead. Write out your feelings, work through them, and you’ll likely find that the solution doesn’t actually have to cost you a thing.

How do I become a minimalist in 30 days? 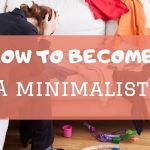 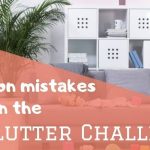 6 Mistakes most people make in the declutter challenge 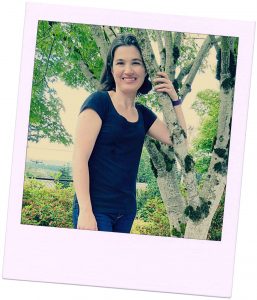 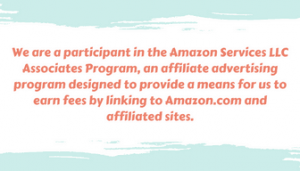